Published Writers: How Did They Do It????

… born Adeline Virginia Stephen at 22 Hyde Park Gate in London.  Her parents were Sir Leslie Stephen and Julia Prinsep Duckworth Stephen (nee Jackson).  Her father was a notable historian, author, critic and mountaineer.  Her mother, a renowned beauty, served as a model for Pre-Raphaelite painters.


...her home was filled with the renowned, the likes of, to mention a few:  Henry James, George Henry Lewes, James Russell Lowe.   Virginia’s most vivid childhood memories were of St. Ives in Cornwall, where the family spent their summers.


The summer home, Talland House, is still standing today.  Memories of these family holidays and impressions of the landscape, especially the Godrevy Lighthouse, informed the fiction she wrote in later years, especially To the Lighthouse.


The sudden death of her mother in 1895, when she was 13, and that of her half-sister, Stella, two years later, led to the first of Virginia’s several breakdowns.  The death of her father in 1904 provoked her another collapse and she was briefly institutionalized.


Throughout her life, she was plagued by mood swings and associated disorders.  Though this instability often affected her social life, her literary productivity continued throughout her life.


Modern scholars, including her nephew and biographer, Quentin Bell have suggested her breakdowns and subsequent recurring depressive periods were also influenced by the sexual abuse to which she and her sister, Vanessa, were subjected by their half-brothers, George and Gerald Duckworth which Woolf recalls in her autobiographical essays, A Sketch of the Past and 22 Hyde Park Gate.


Woolf began writing professionally in 1900.  Her first novel, The Voyage Out, was published in 1915 b Gerald Duckworth and Company Ltd.  She went on to publish novels and essays as a public intellectual to both critical and popular success.  She is seen as a major twentieth century novelist and one of the foremost modernists.


Woolf is considered a major innovator in the English language.  In her works she experimented with stream-of-consciousness and the underlying psychological as well as emotional motives of characters.


Her peculiarities as a fiction writer have tended to obscure her central strength as a lyrical novelist.  Her novels are highly experimental.  Intense lyricism and stylistic virtuosity fuse to create a world overabundant and auditory and visual impressions.


After completing the manuscript of her last novel, Between the Acts, Woolf fell into a depression.  On March 28, 1941, Woolf put on her overcoat, filled its pockets with stones, and walked into the river near her home and drowned herself.  She is buried under an elm in the garden of Monk’s House, her home in Rodmell, Sussex.

Last Words:  (note to her husband)


Dearest, I feel certain that I am going mad again. I feel we can't go through another of those terrible times. And I shan't recover this time. I begin to hear voices, and I can't concentrate. So I am doing what seems the best thing to do. You have given me the greatest possible happiness. You have been in every way all that anyone could be. I don't think two people could have been happier 'til this terrible disease came. I can't fight any longer. I know that I am spoiling your life, that without me you could work. And you will I know. You see I can't even write this properly. I can't read. What I want to say is I owe all the happiness of my life to you. You have been entirely patient with me and incredibly good. I want to say that—everybody knows it. If anybody could have saved me it would have been you. Everything has gone from me but the certainty of your goodness. I can't go on spoiling your life any longer. I don't think two people could have been happier than we have been. 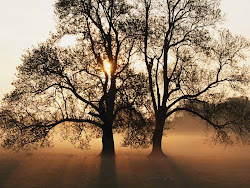 Flows from the Roots